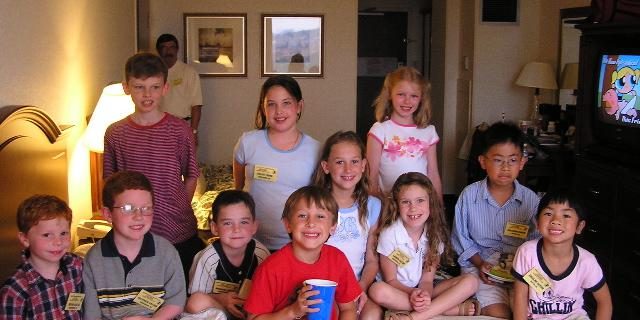 THE CHAIRMAN’S NOTES – One of your Association’s primary goals is to disseminate information to its members who can in turn provide information to their clients. For the past couple of years we have been in a transition from paper to the electronic mode and have probably not performed as well as you are accustomed. We recognize that and are taking action to make improvements.

The MCA website has been updated and will contain meeting information and a list of training topics well in advance of the seminars. There is also a special topics section added to the website. It will include information such as the data from the diesel-vapor monitoring project, general and theoretical information on the use of a PID, and other topics that are under consideration. We hope to see this section of the website evolve into a place where you and your clients can go for information. For those of you that prefer not to utilize a computer the newsletter has been re-activated. If you have any suggestions on how the website or newsletter can be improved, please contact your sectional representative.

Very importantly, OSHA’s 1915 Subpart P was issued as a final rule on 9/15/04. Shipyards have 90 days to become compliant: Dec 14 is the deadline. It is strongly recommended that a l l chemists read the standard and inform their clients. There are several new requirements that will affect shipyards. Areas of interest include; the introduction of a written fire safety plan, a “35-foot rule” for assigning fire watches, new training and recordkeeping requirements for fire response personnel, new requirements for the handling of oxy-fuel hoses, and several others. The standard can be obtained from the OSHA website.

DIESEL EXPOSURE MONITORING PROJECT – Last year, volunteers of the MCA have collected monitoring data on a variety of vessels on a variety of processes that have a potential for exposure to diesel oil vapor. The MCA was asked to help communicate our findings to our industrial partners. During the data collection several interesting observations were made and several important questions generated. The data and questions were presented to marine chemists who attended our seminars this past year. For those of you who could not attend a summary follows.

Initial Openings – The concentration of diesel vapor during the initial opening of tanks was determined to be between 6 – 1350 ppm. A major factor is the location of the vessel and the ambient temperature. Obviously in cold winter months vapor concentrations will be depressed. Nevertheless, levels in excess of 1000 ppm were frequent in temperatures above 70 degrees when tested with a PID prior to ventilation being applied to the tank.

During tank cleaning – Diesel vapor during tank cleaning operations was determined to be between 40 – 1400 ppm (PID & vapor badges). Major factors include temperature, the type of cleaning performed and, most importantly the amount, type and location of ventilation used during the operation. High- pressure washing appeared to create a higher concentration of vapors. Properly locating exhaust ventilation can significantly reduce vapor concentrations. Worst-case scenarios were identified in tanks that had only one means of access, limiting the ventilation.

After tank cleaning – The concentration of diesel vapor after tank cleaning was completed was between 6 – 321 ppm, with general tank conditions and the amount of ventilation apparently being major factors. Tanks with significant pitting and poor coating systems appeared to produce higher vapor concentrations. It is difficult to determine if the condition of the tank or inadequate ventilation was the primary cause for elevated readings because ventilation was not consistently applied. At marine chemist certification – The concentration of diesel vapor at marine chemist certification was reported between 0 – 82 ppm, with the upper level posing a problem for chemists. In accordance with ACGIH, readings above 75 ppm ( 5 times the TLV) do not allow using an adjusted work schedules to permit unprotected entry, even for short periods of time. Any reading over 5 times the TLV requires respiratory protection (i.e., “Enter With Restrictions”). For the most part ventilated cleaned tanks contained less than the TLV of diesel vapor.

What is the IDLH concentration for diesel vapor? If there is no published IDLH then 10% of the LEL as published by NIOSH should be used and is enforceable by OSHA. (This is reiterated in an OSHA letter of interpretation dated 10/11/95 and signed by John Miles.)

What monitoring equipment should be used to determine if an IDLH concentration exists? Using a conservative LEL value for diesel as 0.6%, 10% LEL equates to 600 ppm. Should this calculated value be considered IDLH? Should a combustible gas meter or a PID be used to determine IDLH? Collected data clearly shows a significant difference with the two monitoring devices. Combustible gas meters indicating 1% LEL and PID indicating 700 ppm for the same space have been recorded as a common occurrence. Are you a t the IDLH? Research indicates (and instrument experts verify) that CGIs typically have an error of 4-10 times actual (low) when monitoring diesel vapor, and the error increases with the molecular weight of the hydrocarbon. This seriously underestimates the actual concentration of vapors. The PID incorporates a correction factor to produce a much more accurate reading. As safety professionals it is clearly prudent to utilize the more accurate monitoring device to determine if an IDLH condition exists.

How can cleaners enter an atmosphere containing 1000 ppm diesel vapor in the Maritime Industry? They can’t without violating the standard. More ventilation and time are required to further evacuate the vapors to a concentration below 600 ppm (a calculated IDLH using LEL at 0.6% for diesel).

Can you wear a half face respirator in an atmosphere containing a concentration of diesel vapor greater than 15 ppm but less than 150 ppm? Because of the skin notation for diesel fuel exposure in the ACGIH handbook one could draw the conclusion that no exposed skin is permitted in atmospheres above 15 ppm. A half face respirator assigned a NIOSH protection factor of 10 times the 15 ppm TLV, or150 ppm, but does not provide facial protection. Does this mean we cannot use half face respirators?

Diesel has been assigned a “Skin” notation by ACGIH, indicating skin contact with the material poses a significant mode of exposure. MCA contacted ACGIH for a clarification of what the skin notation actually means: I.e., is i t their intent to eliminate the use of half face respirators when dealing with diesel exposures above the TLV. We have not received a response. The generally held position is that as long as there is no mist (liquid) present, and the vapor is no condensing on skin from a saturated atmosphere, the situation is one involving vapor exposure only, and no significant liquid contact will take place on exposed skin.

Importantly, in the 2004 TLVs & BEIs handbook ACGIH published that they are looking a t individual TLVs for vapor and aerosol for diesel fuel. Although this makes no promises i t indicates that the MCA’s effort for reconsideration to be given to the TLV are not going un-noticed.

Finally, I wish to extend my sincerest thanks to the chemists and their industrial partners that generated this revealing data, especially Lamar Lebauve, Jeff Carr and Dave Bennett.