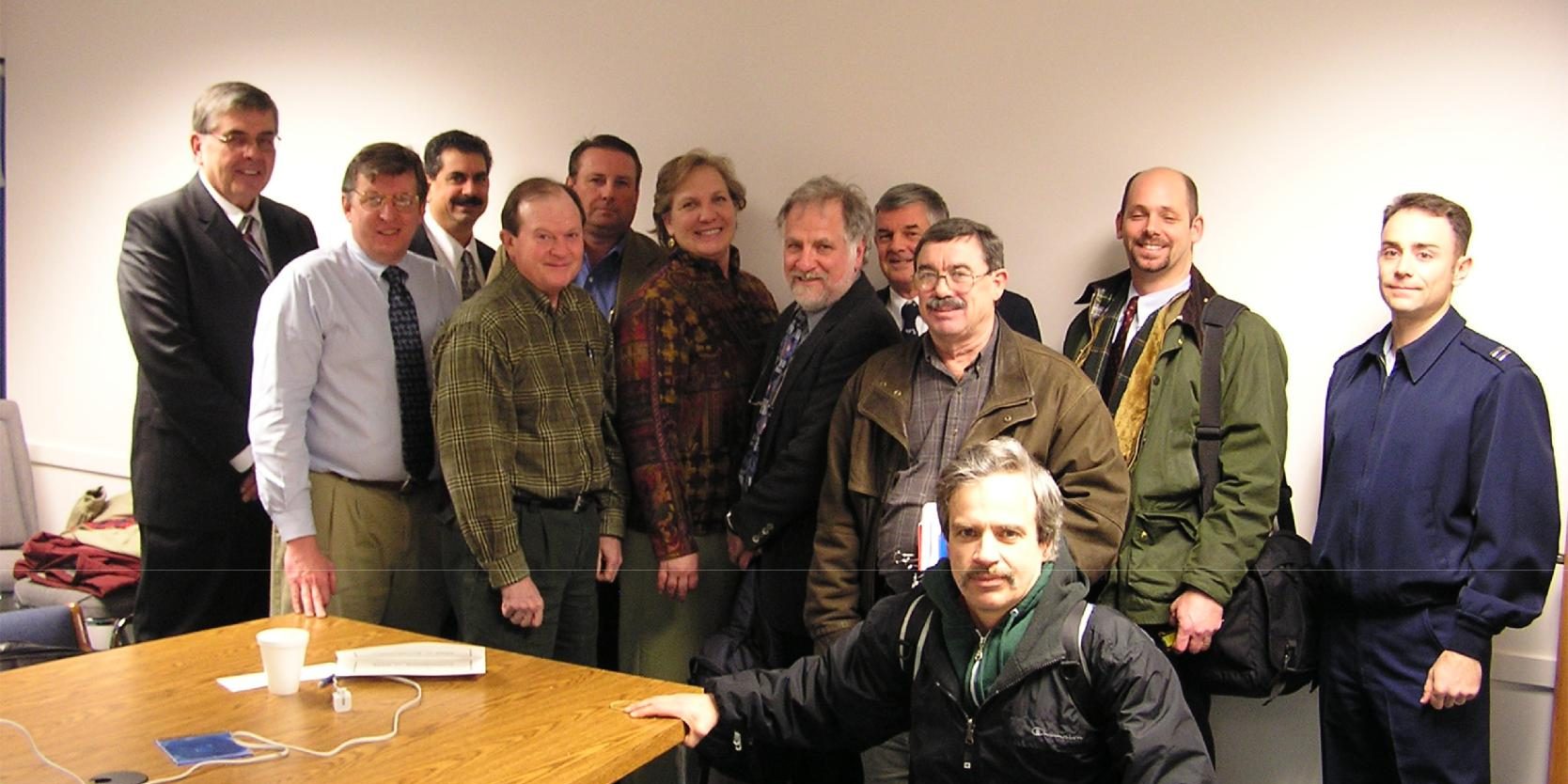 2007 SECTIONAL SEMINARS – The MCA’s Ex-ecutive Committee has set the following dates for our 2007 Sectional Training Seminars. As is standard practice, the first program, in San Diego, will be fol-lowed by the spring ExCom meeting at the same lo-cation. Two of the seminars will be held on the same weekend, with the Atlantic Section meeting held on a Saturday and the Gulf-Inland Section Sectional Seminar held on Sunday. Note that all hotel loca-tions have shuttle service available from Airport: call the hotel when you have your baggage. Sectional Business Meetings will be held either at lunch time or after the meeting, as determined by the attending members. Sessions are planned as running from 08:00 to about 17:00.

Topics are expected to include updates from NFPA, MCQB, MGHCP and MCA, NFPA 306 Is-sues from the standard’s February ROP meeting, discussion of dust explosions, and some interesting data on the performance of various tools used to as-sess the presence of diesel vapor.

ANNUAL SEMINAR – MCA’s 2007 annual seminar will be held in Charleston, South Carolina, between July 23 and 25. We have contracted with the Ren-naissance Charleston Hotel Historic District, 68 Wentworth Street Charleston, SC 29401 (843/534-0300. This is a superb hotel in the heart of old Charleston. The city is a fabulous, friendly “walking city” filled with history and many things to do and see. Registration costs are not expected to change at this point, so get your plans in order and join us for a great technical and social occasion.

NFPA 306 ROP MEETING: WAITING FOR THE DUST TO SETTLE -A CALM BETWEEN STORMS – Confused? Surprised? Shaken? Satis-fied? Yes, yes, yes and I think so, are the answers. The questions, they were what I asked myself after the completion of first meeting of the Technical Committee on Gas Hazards NFPA 306 2009. (Though the edition will be done in 2008, it will be published by NFPA in 2008 as the 2009 Edition.) At the time of this printing I truly don’t know exactly what happened and what the final effect will or won’t be until I see a draft and put it out there for comment. I do know however that this meeting was the first that I have attended that can be considered a “TRUE CONSENSUS”. The participation of regulatory Reps, vessels owners, shipyards big and small, Navy, Coast Guard and the MCA was 100%. The discus-sions were passionate, intelligent and insightful and regardless of who or what the representation was, no one ever lost sight that the standard is for the protec-tion of the shipyard worker, bottom line. This is laudable and on behalf of the MCA and myself I thank you for your time and participation.

A discussion of the proposals and their effects will take up a large block of time at our Minis; remember you have another bite of the apple. Some of the more controversial items that could be affected include:

• Toxic means chemicals only: no “biologicals”,

• Changes in the way we apply the definition of Combustible Materials,

• Changes in the adjacent space requirements adding “have not contained flammable and combustible cargos, fuels, or oils in fixed tanks” in order to deal with non cargo deck areas.

These are a few examples of possible changes, the wording is not exact, and the outcome is not final. Additional input from CMCs is a necessity to make this process work. We will make every effort to promptly secure a draft and disseminate it for discus-sion purposes at the Minis. If you are not planning to attend a meeting I can not emphasize enough the need for every one to read the committee actions when posted by NFPA and comment… Remember when you receive the 2009 Edition it will be too late or in other words complain: now or forever hold your peace. (Les Blaize, MCA NFPA 306 Technical Committee Member)

ELECTION OF MCA CHAIRMAN-ELECT – In a few weeks ballots will be sent out to all members for the office of MCA Chairman-elect. Once elected, the winner will begin a six-year commitment to the Association. After a two-year cycle as Chairman-elect (with primary duties as chair of the Education Committee to lead the assembly of programs of the Sectional Seminars), he will automatically rotate to the position of MCA Chairman, and then serve two years in the office of Past chair.

Don Raffo, CMC 668, has submitted the required forms to stand for election. Don has a BS from the University of Connecticut and has worked at General Dynamics Electric Boat Division, Groton, CT, since 1980. He has risen from Laboratory Tech. to Chem-ist, Senior Chemist & Laboratory Specialist, and has served as Supervisor of Laboratory Services since 2004. Electric Boat is the world’s oldest and largest builder of nuclear submarines. Don was certified as CMC 668 in 1992, and has served the MCA and pro-fession as NFPA-306 Technical Committee Member from EB. Don has volunteered to serve his commu-nity in a variety of stations: as Stonington’s Shellfish Commission member, as Chairman of the Commu-nity Center Scholarship Committee, on Stonington’s High School Athletic Boosters Scholarship Commit-tee, on the New London Inland Wetlands Commis-sion, the New London Conservation Commission, and as Treasurer of the Stonington Community Cen-ter. Don has served the MCA in many capacities over the years, acting as Atlantic Sectional Chairman, serving to organize and serve as member on our Scholarship Program, and as a conduit for informa-tion about MACOSH. Don has made presentations at our annual seminars on Gas Chromatography and the Use of the Lifeline System for Confined Space Safety.

GULF-INLAND & ATLANTIC MCA Section Representatives – A combination of resignations and relocations sent the Gulf-Inland section’s secre-tary, Tom Littlepage looking for acting representa-tives. Scott Godfrey, relocating his business from Louisiana to Jacksonville, Florida, moved into the Atlantic Section, leaving his seat opened. Tom found Brian Axelrad willing to serve as acting rep-resentative for the next meeting, and Brian has indi-cated he is willing to stand for election if nominated by his section. To fill a seat left vacant by Kimble Lehman, Jack Godfrey was willing but currently unable to commit to attending meetings this spring. Tom got a willing substitute in Gerry Bernardo, who will attend the San Diego ExCom meeting. On the Atlantic Coast, Dave Bennett, after several years of service to the ExCom and the Atlantic sec-tion, due to a changed work situation, had to resign. (Dave left Northrop Grumman/Newport News and has also relocated to Jacksonville.) Dave Capen stepped up to serve as acting Atlantic Section repre-sentative, will also be in San Diego, and has indi-cated a willingness to serve as Atlantic representa-tive if elected. Remember, sectional representatives will be elected at the business meeting held during the spring seminars.